Third Quarter Highlights in our subsidiaries

Gad Goldstein, President of Formula, commented: "The constant improvement in all relevant parameters in the first three quarters of 2003 proves the benefits of the successful implementation of our efforts, started a year ago, to increase efficiency throughout the group. The ability of the group's companies to translate an increase in a turnover of $2.6 million between the second and third quarters to an increase in operational profit of approximately the same size proves the quality of the foundation we have built. Based on initial data for the fourth quarter we expect the trend that started at the beginning of 2003 to continue and the profit for the fourth quarter to grow. Furthermore we expect full year 2003 results to be substantially better than 2002. After the successful implementation of the reorganization plan that dealt mainly with expenses and the return to a positive cash flow, we foresee 2004 as the year that will bring us back on the path of earnings growth."

Safe Harbor Statement under the Private Securities Litigation Reform Act of 1995:
Statements made in this press release that are not historical facts are forward-looking statements. Such statements involve various risks that may cause actual results to differ materially. These risks and uncertainties include, but are not limited to: market demand for the company's products, dependence on strategic partners, integration of new business, successful implementation of Formula's products, economic and competitive factors, international market conditions, management of growth, technological developments, the ability to finance operations and other factors which are detailed in Formula's Securities and Exchange Commission filings, including its most recent report on Form 20-F. Formula undertakes no obligation to publicly release any revision to any forward-looking statement. 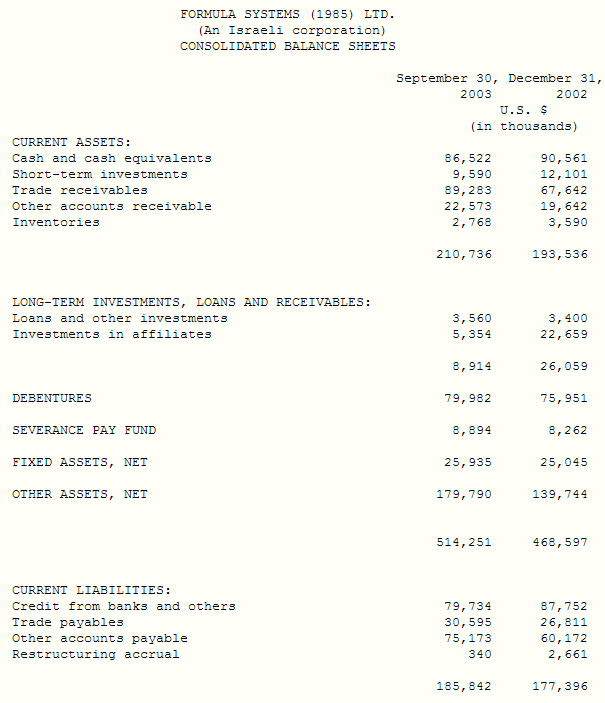 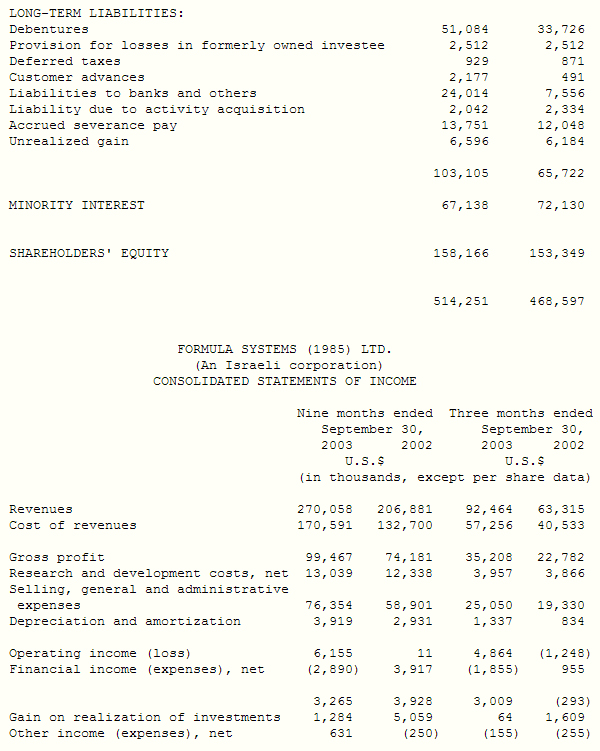