In February 17, 2005 the shareholders of the Company approved a private placement of 2,400,000 Formula shares for an aggregate purchase price of $36,000,000. The shares will be issued to FIMIGold Limited Partnership, an entity owned in equal parts by Dan Goldstein, Formula's CEO and Chairman of the Board, and FIMI Opportunity Fund and parties related to it. Prior to the private placement, Dan Goldstein will transfer to FIMIGold all of his shares in Formula and Formula Vision Technologies (F.V.T) Ltd. Following the transaction FIMIGold will hold a total of 4,400,000 Formula shares, which will constitute a controlling interest comprising of approximately 33% of Formula's outstanding shares and 15,500,000 shares of Formula Vision, which constitutes approximately 24% of Formula Vision's outstanding shares.

Gad Goldstein, President of Formula, commented: "2004 was a highly significant year for the company. The pace of sales in the fourth quarter reflected revenues of half a billion dollars on an annual basis and the operating income for the fourth quarter enjoyed an increase of 39% compared to the same quarter in 2003. Although these measurements are less significant for a holding company, they bear witness to the fact that the vast majority of our subsidiaries have renewed their growth pattern, accompanied by a substantial increase in operating income. The net income for 2004 enjoyed an increase of 161% to about 8 million US$, as compared to 2003, accomplished without any major capital transactions. We believe that together with the improvement in its business surroundings and in its assets it will be possible in the near future to increase the pace of capital raising and M&A activities regarding our portfolio companies accompanied by capital gain." Mr. Goldstein, added: "With regard to the allocation of shares to FIMI, I am delighted that Formula has a strong and stable controlling group. We could not have asked for a better addition. The improvement in the company's results and the addition of a strategic investor, have convinced large financial institutional holders to increase their holdings in the company, for instance Bank Hapoalim Group have increased its share in the company to over 5%, joining Bank Leumi Group's long standing financial holdings in the company." Mr. Goldstein concluded: "The improvement in the equity structure due to the capital raised and due to the increase in profits, will enable the company to expedite the value enhancement for its investors and to favorably consider a constant dividend distribution policy."

Formula's management will discuss the Fourth quarter and year end results and the Company outlook. The conference call will be held on: Monday, February 28th, 2005 at 09:00 A.M. EST. Interested parties are welcome to call the telephone numbers listed below, five to ten minutes prior to the start of the conference call:

Statements made in this press release that are not historical facts are forward-looking statements. Such statements involve various risks that may cause actual results to differ materially. These risks and uncertainties include, but are not limited to: market demand for the company's products, dependence on strategic partners, integration of new business, successful implementation of Formula's products, economic and competitive factors, international market conditions, management of growth, technological developments, the ability to finance operations and other factors which are detailed in Formula's Securities and Exchange Commission filings, including its most recent report on Form 20-F. Formula undertakes no obligation to publicly release any revision to any forward-looking statement 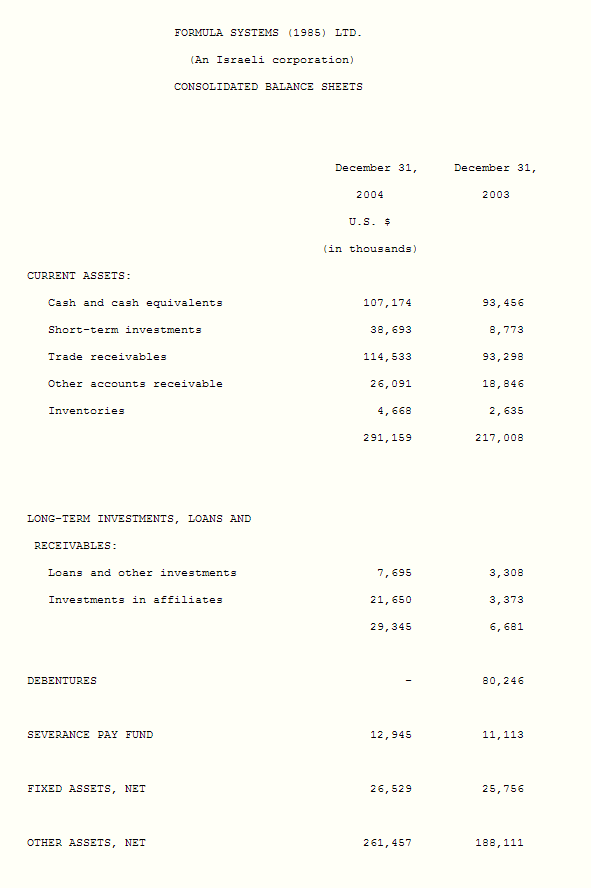 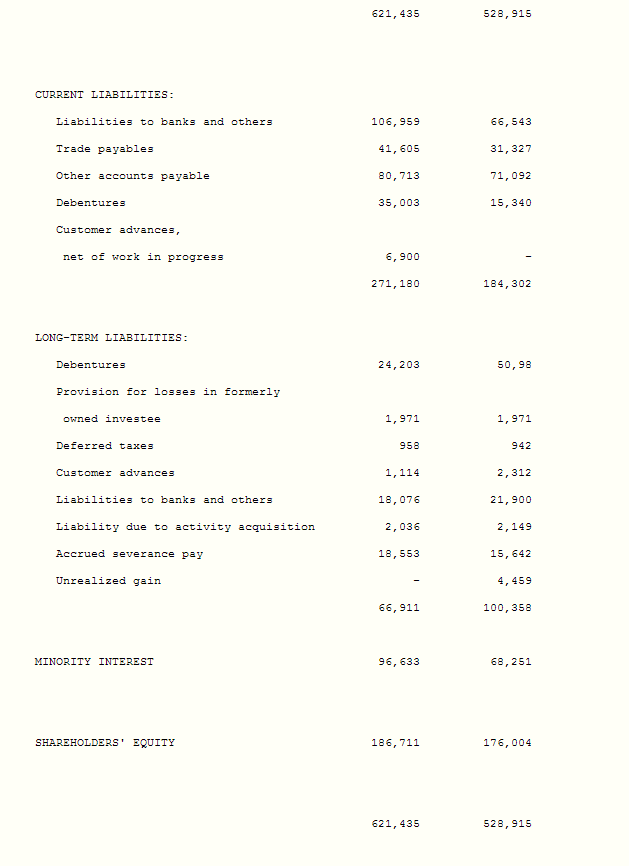 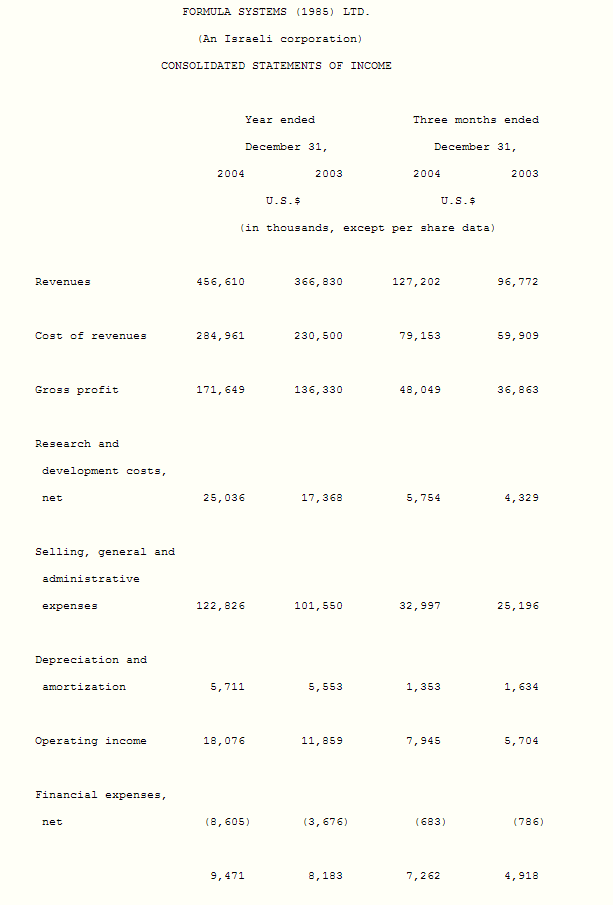 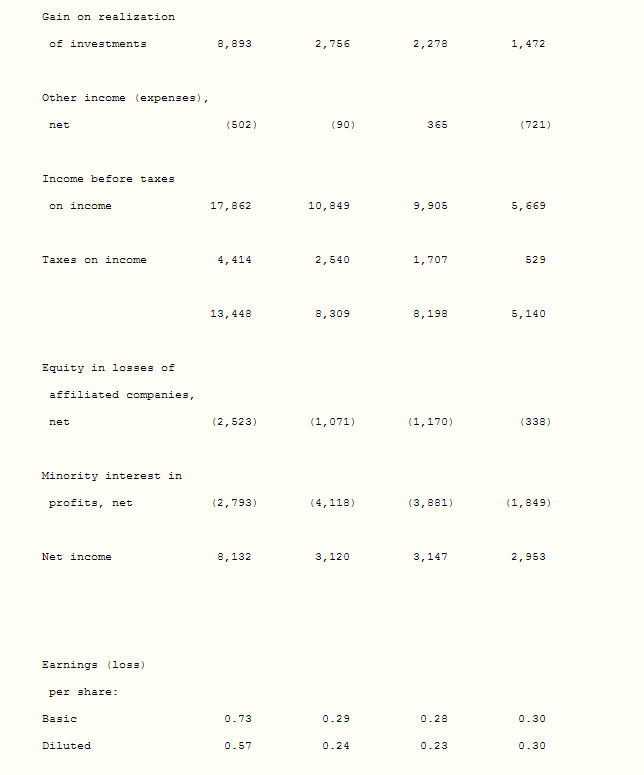